Nigella sativa, more commonly called Black seed, has been used to heal the body of all sorts of maladies for centuries. It is even reportedly mentioned in the Koran. It is said that prophet Mohammad refers to it as ‘the cure for every disease, except death’.

It is no wonder people have turned to black seed, as a way of ridding the body of the dreaded Human Immunodeficiency Virus (HIV) and Acquired Immune Deficiency Syndrome (AIDS).

There are a few noted cases of individuals who have successful reversed their diagnosis using black seed powder.  The National Center for Biotechnology Information (NCBI) published a study of a 46 year old man who became HIV negative after using a black seed concoction treatment. This case was one of two noted studies conducted by Dr. Onifade Abdulfattah Adekunle, M.B.B.S., M.S., Ph.D of the Immunology unit, College of Medicine, University of Ibadan, Jewell AP from India, and Dr. Adedeji WA.

Below is a brief outline of the two studies involving Dr. Onifade et al, plus another unrelated case:

A 46 year old Nigerian male participated in a study where he was ‘prescribed’ 10mls of black seed concoction 3 times per day by a herbalist. He however only took the concoction 2 times per day. The concoction consisted of 60% black seed and 40% honey. According to the reports, on the 5th day of treatment his fever had disappeared, so did his diarrhoea by day 7, and within 20 days, his multiple lesions had also disappeared. At the end of the 6 months period he was tested HIV negative.

The patient sustained sero-reversion, up to 24 months after the initial 6 months period of treatment. He was tested several times within the 24 months, and was still HIV negative with normal CD4 (count was 650cells/ mm3).

In a second study, six HIV positive patients were recruited and monitored for 4 months. The patients took the herbal concoction of black seed and honey (referred to as α-Zam), as an alternative therapy for HIV infection. In all patients, the symptoms associated with HIV were gone within approximately 20 days of starting the treatment. 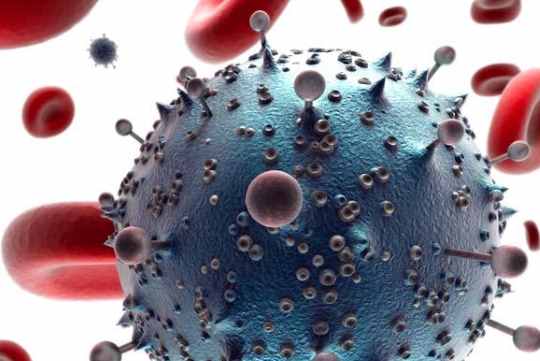 A patient referred to as ‘Mary from Brooklyn‘ was also reportedly cured of HIV, having tested positive in February of 2015. She was prescribed Complera in March 2015 but opted to  include in her protocol,  4 teaspoon of black seed, which she grounded into powder and mixed with water – this she had with meals 2 times per day.

After a month she reduced the dosage to 2 teaspoon black seed powder, twice per day. In addition she had 6 garlic gloves twice per day and beet smoothies. Her general diet reportedly consisted mainly of raw vegetables, fish and chicken.

Other Uses of Black Seed

The above cases are a testimonies to the powers of the black seed. Do your own research and also see researches that have been done in relation to its proven benefits. It is a cure worth exploring.

Virologic and Immunologic Outcome of Treatment of HIV Infection with a Herbal Concoction, A-ZAM, Among Clients Seeking Herbal Remedy in Nigeria – https://www.ncbi.nlm.nih.gov/pmc/articles/PMC3218437/

Effectiveness of a herbal remedy in six HIV patients in Nigeria –
http://www.sciencedirect.com/science/article/pii/S2210803313000456

This article is copyrighted by Ital is Vital, 2020. Want to re-post this article? Visit our guidelines.

DISCLAIMER: THIS WEBSITE DOES NOT PROVIDE MEDICAL ADVICE
The information, including but not limited to, text, graphics, images and other material contained on this website are for informational purposes only. The purpose of this website is to promote broad consumer understanding and knowledge of various health topics. It is not intended to be a substitute for professional medical advice, diagnosis or treatment. Always seek the advice of your physician or other qualified health care provider with any questions you may have regarding a medical condition or treatment and before undertaking a new health care regimen, and never disregard professional medical advice or delay in seeking it because of something you have read on this website.

Medicinal Plants of Sudan and Their Uses – Part 2

What are Electric Foods?

Please support this website by adding us to your whitelist in your ad blocker. Ads are what helps us bring you premium content! Thank you!